Do Black Lives Matter?
Living in the now me, me, me being the cry of youth knowing there is no future in America for them is why the world has taken notice.  It is not about black lives but of the brutality keeping people enslaved by the politics that govern policing and all things encompassing our so-called freedoms and well-being. With some sense of purpose, we are all slaves to what keeps us alive. Acts of compassion by politicians holding maps impossible to navigate to our new tomorrow do not exist is why such plans are not spoken of in public. Within the politics of staying alive, politicians taking a knee to show support in stopping police brutality shows political failure, it shows politicians did not do their job and have not been doing it for a long time is why we are here in this desperation where all things need to matter if we as a social species are to survive. For the People of the People does not exist. We live as before the 2nd World War in Germany, a deeper hole of dystopia has opened in politics that needs to be filled, like the hole Hitler filed with hatred. Our politicians act blind and deaf when confronted with changes that would make the difference. That hole of disparity is getting much deeper and harder to fill.  Any substantial suitors willing to make drastic change and create a level playing field does not exist. Politicians included on that level playing field is the knee we should be on. Who gives up their status to save others is a fool in the politics of being a politician and surviving, is why there is no notable celebrity marching in the streets with any “agenda of change” that improves life for all? No one knows how to go about implementing such changes of equality for all without prejudice, it cannot be done; prejudice being inherent to human nature with thousands of years of recorded so called humanity proves it cannot be done, not with existing laws or improved laws within the same standards of politics in place. Stirring the pot of ignorance round and round is always the same pot with the same ingredients is why nothing will change. Children shoot in schools changed nothing. Pardon me, Bump Stops where taken out of the mix. One man murdered by cops will change nothing. Cops become products of their environment taking their ingraining to the vulnerable, just as thieving, murderous, criminals do. Second degree murder for murdering cops, cops playing stupid is no excuse, they knew exactly what they were doing, if you knowingly planed a murder then stop at the last second because of an afterthought and the man dies, that is Murder in the First Degree. What I saw on TV was Murder One, that cop was trying to kill the man under his knee with his hand on his leg and all the wait and pressure that cop could apply to George Floyd's neck is Murder in the First Degree. This proves cops become products of their environment and should be dismissed long before such things happen.  Known criminals are taken out of society and not left to run wild. Why do cops allow and promote immunity for cops?  Politicians allow it and have knowingly let it slide treating civilians as lesser humans than public servants, it has been going on forever. It is time to put a stop to that practice. If one is a public servant and is connected to a crime or is found to profit by other than allotted pay for their services from their place of public service, they need to be punished by immediate dismissal and if punishable by law an additional charge needs to be added to remind them they work for society needs to be applied. With the likes of politicians lying to society with blatant neglect of such problems, Black lives Never Mattered to them. Politicians prove it with every move they make regarding Global Warming, plastic bags, straws, cups, and you name it plastics are alive and well along with the bull shit story of the millennium from the global political community's denial of, electric vehicles pollute exponential more CO2s then petroleum vehicles and will spew out in ten years what petroleum vehicles spewed out in the last one hundred years, it is not spoken of it is not analyzed or scrutinized there is no definitive and production of electric vehicles is being ramped up.

Prominent Scientist Profess:
The demise of society as we know it by Global Warming is Immanent!
As George Floyd's Murder by Cops is the Genocide of Society by Politicians by not acting on Global Warming.
As three cops did not say stop are guilt of murder, you saying nothing makes you guilty of Genocide.
Inaction by Governments proves, “No Life Matters”.

Danny diMauro
06/09/2020
Petition your governments for a bright new world.
Submit Your Suggestions for . Global Warming
All Information is held privet without exploitation.
If we use your information you will be informed and compensated. 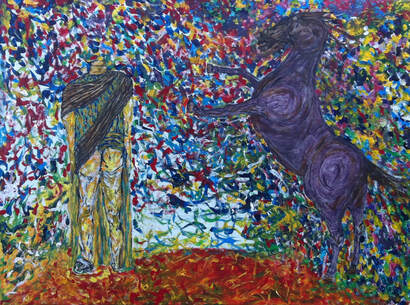 CBD . Epilepsy . Experience . 2017 . 2020
https://www.canadianartsales.ca/our-epilepsy-experiance-2017-2020.html
Canadian Art Sales .Ca
Limited . Lifetime Free Offer
Artists Artisans & Shopkeepers of Art
Place Your Limited Free Lifetime Online Art Sales Listing
Have a look around if you like our art sales approach we will do it for you, for free.
Email up to 10 . JPEGs with artwork descriptions along with the personal information you care to share online.
Simple as that . We will do the dirty work giving you a modern free of cost Online Art Sales Location.
We do not and will not exploit you or your property.
We do the dirty work & All the proceeds are yours.
Civil Rules Apply @ Our Discretion
canadianartsales@bell.net
Canadian Art Sales .Ca
Open Art Auction Sales